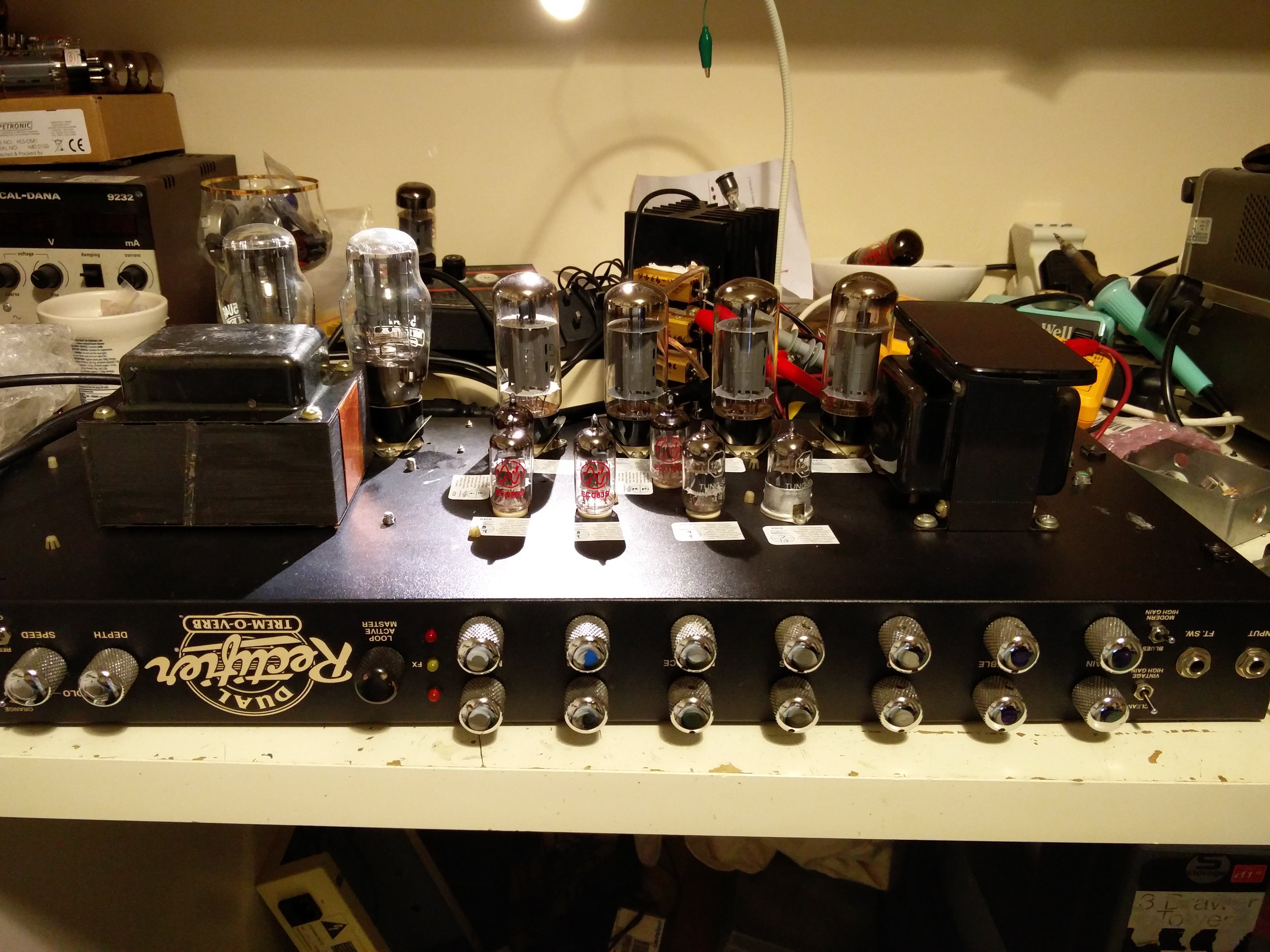 This Tremoverb repair was  for a customer who was attempting a combo to head conversion. It’s a lovely lovely sounding amp, but the 2×12 speaker box in which it was housed was too heavy for the owner. The owner performed the conversion himself but in doing so, the hand wired input jack became disconnected so the he brought it in for repair and basic service.

The Tremoverb input was easily and quickly fixed. My minimum fee is the 1 hour diagnosis period, so I proceeded to give the amp a full valve test in order to give best value for money. 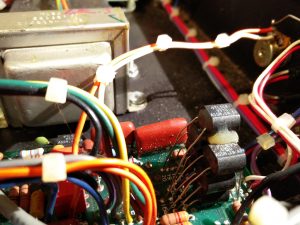 The Valve test revealed that one of the power 6L6 valves was faulty and the others were out of spec. Most Mesa amps require a specific set of valves and this Tremoverb Repair is no different so I fitted a matched quad of Mesa STR-440s.

Whilst giving the amp a look over I noticed a very wierd bit of PCB layout. The Opto isolators that Mesa always used on amps (pre-late nineties) were stacked one on top of the other. I hope I never have to replace the bottom opto on one of these. As I’ve said before, Mesa really don’t think about repair when they’re designing. Pity, when they sound so awesome!

If you have a Mesa Tremoverb repair please get in touch.