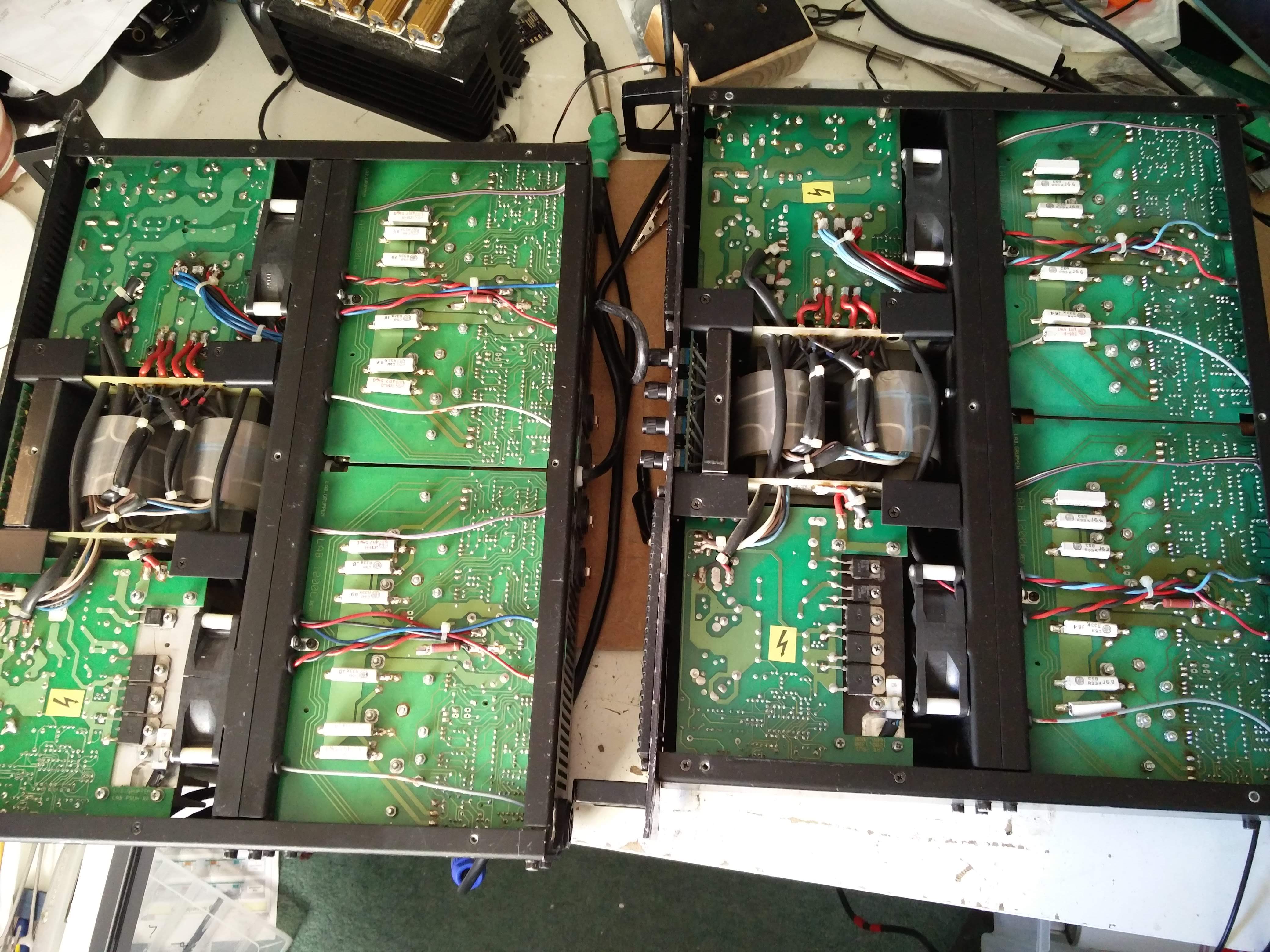 This LabGruppen repair was actually for me! As is often the case with people in this trade, I never quite get round to repairing my own gear because I’m so busy with customer’s work. This LAB1200C power amp died with a spark and blown fuse at a New Year’s Eve gig with Newark soul and motown band, the Acetones. Fortunately, a friend bailed me out during that gig and was good enough to lend me an (almost) identical amp to aid with diagnosis.

This looked at first like a simple fault – In a SMPS the mains voltage is rectified into DC before the isolation transformer and there were dry joints on the primary side capacitors. This accounts for the symptoms. However after repairing this, the unit powered up but the fans were running at maximum speed. At this point the job was shelved for a significant period of time as customer’s work became a priority.

The construction of the amp is quite complicated, but upon returning to the job, the fix was actually quite simple. A transistor in the heat controlled fan circuit had failed, fooling the circuit into thinking the amp was overheating. After replacing this the amp was fine and passed soak test 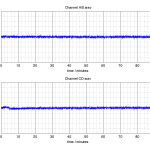 All amps are soak tested after completion to ensure sustained high volume performance.

If you need a labgruppen repair, please get in touch.