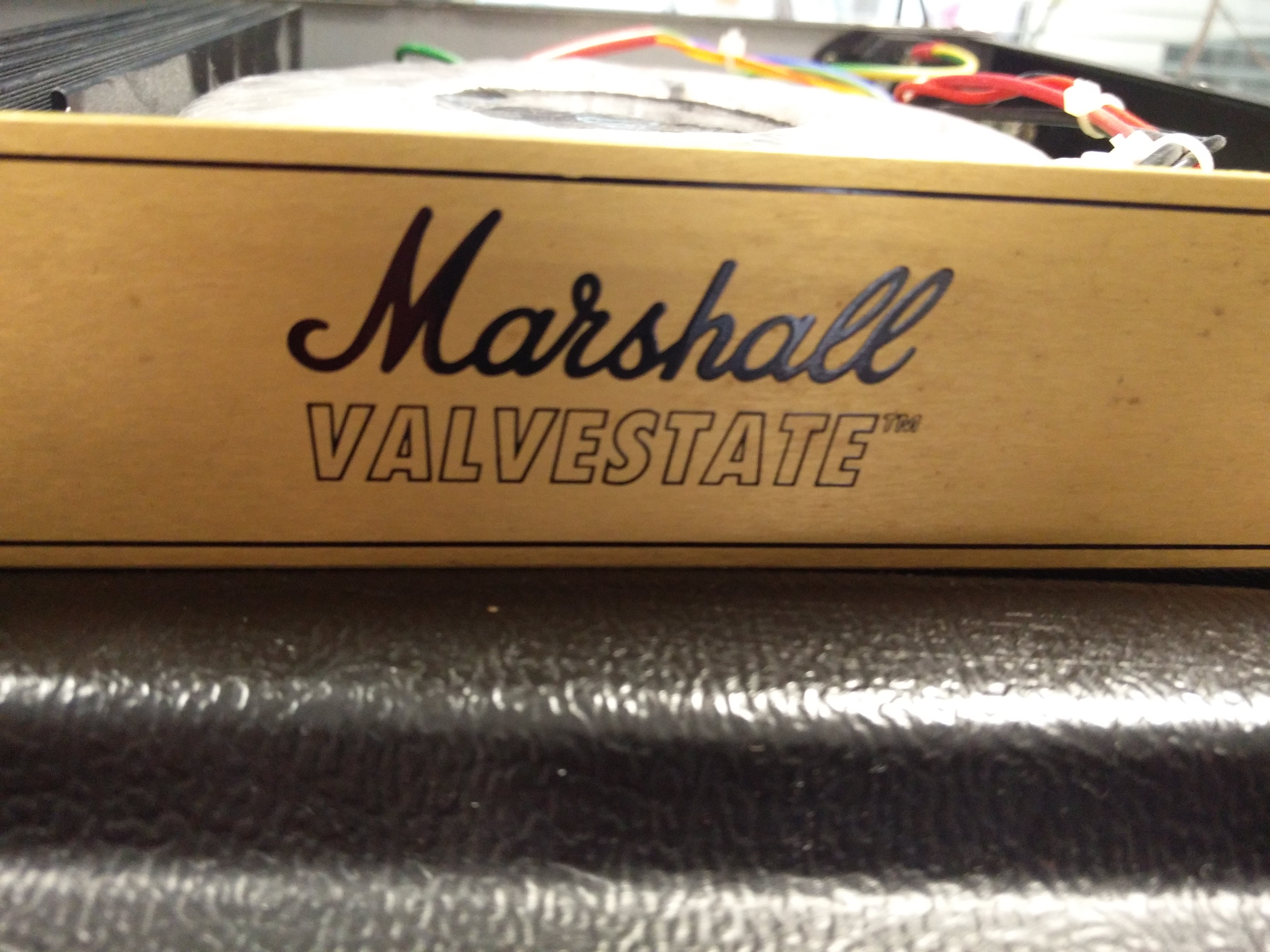 This Marshall Valvestate repair was performed in an advisory capacity for a friend who’s got some electronic and soldering skills, but needed a hand with the fault diagnosis. It was an interesting job so I’m writing it up alongside my normal repairs.

The amp is a Marshall Valvestate 8008 power amp. Despite the name it’s a solid state amp, intended for pairing with Marshall‘s hybrid and valve preamps. In this case it was being used as a keyboard power amp but was exhibiting an unpleasant distortion on notes. The distortion appeared regardless of input level and could be heard on pure sine wave or on clean keyboard sounds. However, when looking at the output waveform on his scope, it wasn’t visible, the waveform looked clean. 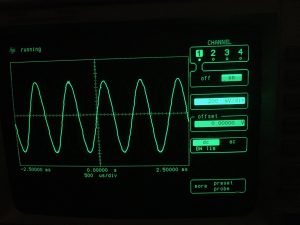 First off, when looking at a the board out of the case we noticed that the reservoir caps were bulging, so I suggested some appropriate replacements. Leaking caps can lead to poor supply regulation, resulting in distortion. We also cleaned the crackly input sockets. However, none of this made a difference to the problem.

Whilst my friend’s scope hadn’t shown a problem, I looked at the problem on a different (better!) scope, the cause of the problem became more obvious. The distortion was a type known as ‘crossover distortion’ caused by a poorly biased amplifier. The first scope (shown in the pic) hadn’t had the vertical resolution to reveal the problem (although you can just about see it when you’re looking for it).

I do a lot of valve amp bias jobs, but don’t often end up having to rebias many solid state amps. This is because solid state output devices don’t often need replacing, and don’t degrade in the way that valve power amps do. Solid state amp manufacturers bias their amps at manufacture, and it normally doesn’t need to ever be adjusted. In this case, however Marshall hadn’t even biased the amp at manufacture, there was no bias pot, just a generic bias network, common to all devices. We checked another Marshall valvestate 8008 power amp, and the other amp exhibited no distortion, so this scheme obviously works for Marshall in some cases. 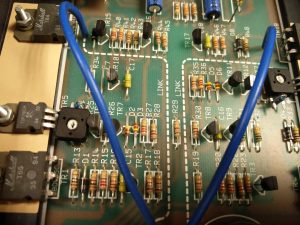 I suggested adding a variable resistor to the bias network to fine tune the amp. The variable values have to be selected carefully in order to reduce the risk of amplifier damage if the bias pot fails. Once the pot was fitted, we dialed in the amp for optimum bias and completely removed the audible distortion.

If you have a Marshall valvestate repair, get in touch!