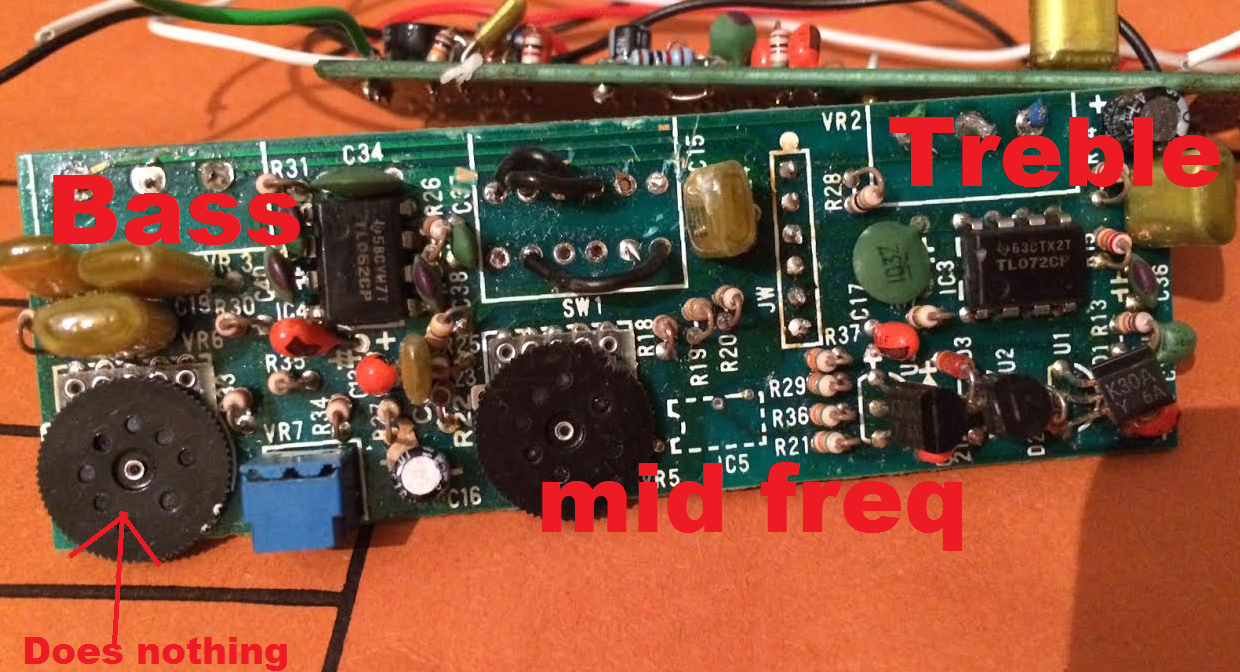 This recent bass preamp repair was for a friend, bass player for professional party band the soul thieves. The preamp came from one of his backup instruments.

Identifying the circuit was a bit of puzzle due to conflicting information on the web. The bass preamp has bass and treble controls, a blend for the pickups, a master volume, two trimmers for gain, a mid frequency select knob and a mystery mid switch. 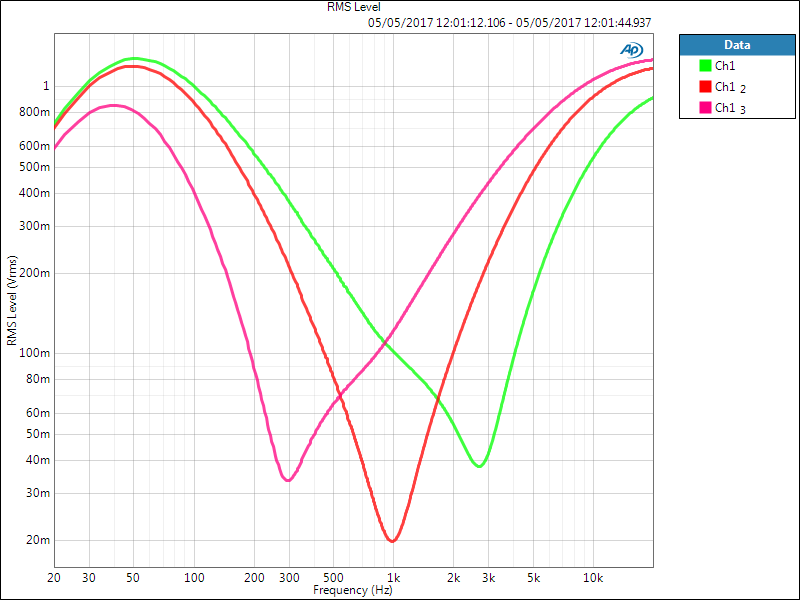 The repair was relatively simple – the unit was producing no sound on either pickup which turned out to be a loose connection between the two board layout. It’s worth noting that later units were a single board design. 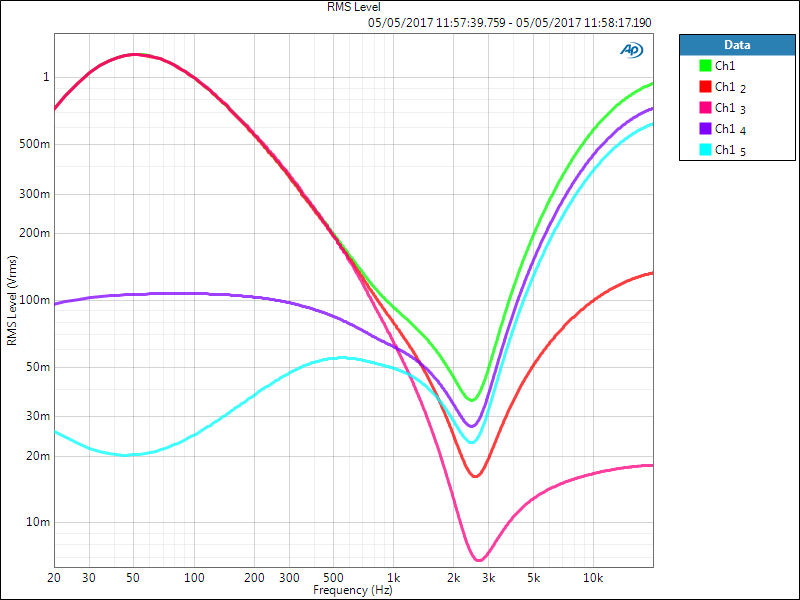 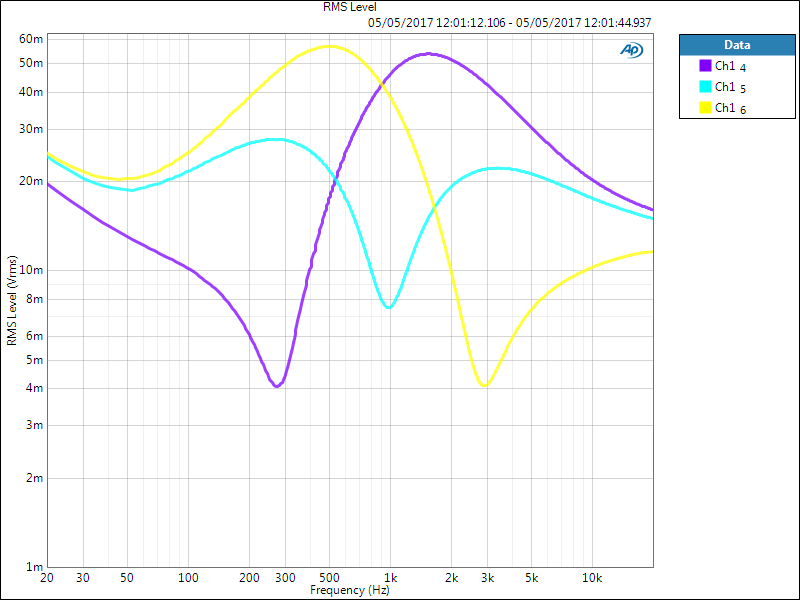 The graphs of the response show the range of bass and treble control as well as the performance of the mid frequency control with bass Andy treble at max and minimum.

If you have a bass preamp repair, please get in touch and I’ll get it sorted for you.