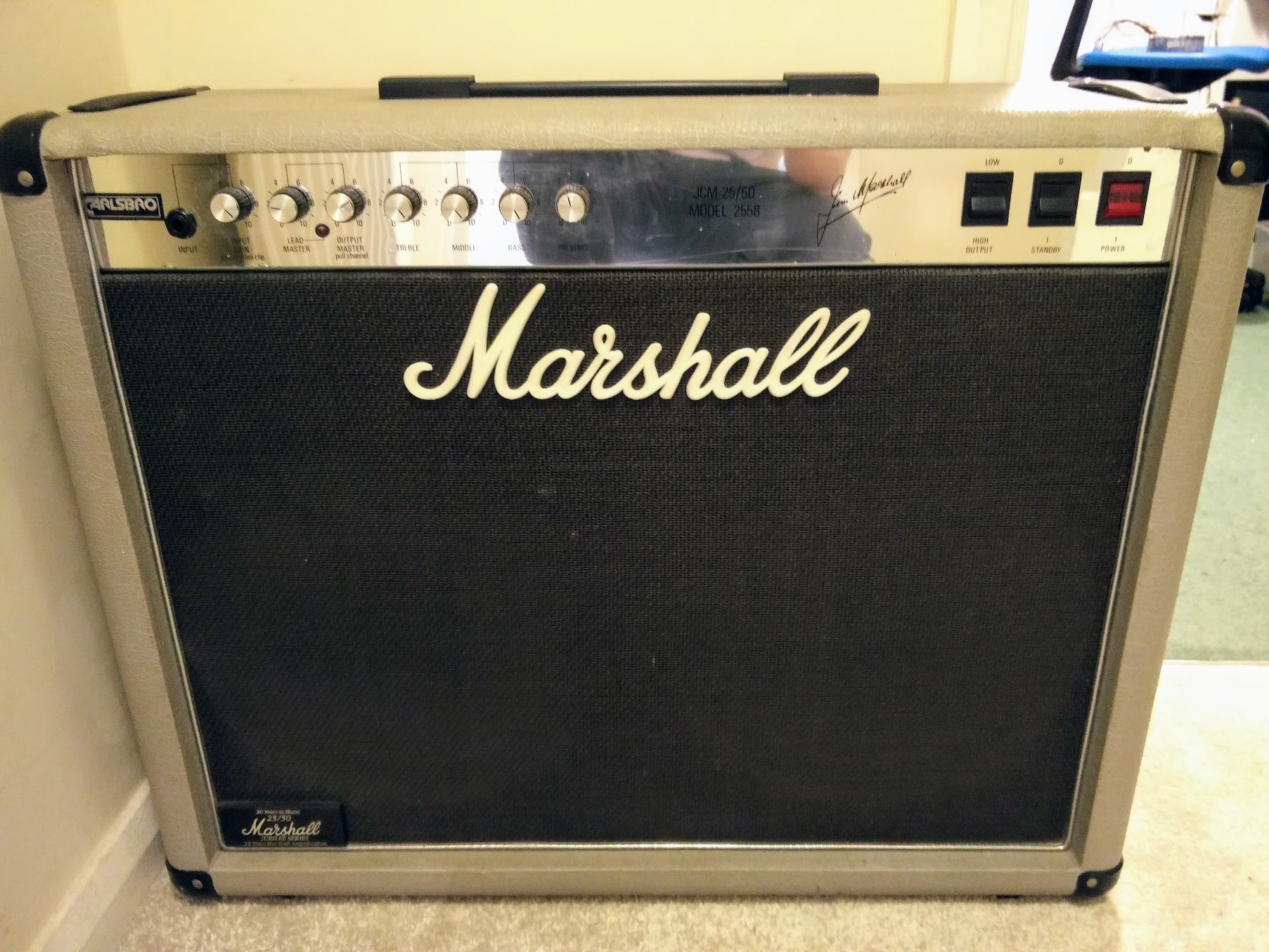 I was quite intruiged when a Nottingham guitarist brought this Marshall Silver Jubilee repair to my Newark workshop. These amps have taken on a bit of a legendary status, due in no small part to their association with Slash and Joe Bonamassa. I love how this amp looks, and it’s got an interesting tone control design, that deviates from the common Fender and Marshall designs.

The amp had blown a power tube, which the owner had replaced without rebiasing, tut tut! It still had very weak output, but occasionally it would blast out at full volume. It was also in need of a good pot clean.

First thing to do was to disassemble the amp. Marshall amps from this era are quite nice to work on and easy to take apart.

The described problem was caused by oxidation in the FX loop circuit. This is a common problem with many amps and was easily fixed.

I observed some crackling on the EQ potentiometers which turned out to be slightly leaking coupling capacitors in the tonestack.

I then attempted to rebias the amp but discovered another problem. The plate voltage of 490V requires a bias current of to give 70% bias. I couldn’t get higher than 18mA with the valves the customer has fitted. Viewing the output waveforms in the scope, the amp showed significant crossover distortion. I checked the bias supply and found it to be working correctly. Although they tested within spec in my valve tester, it just wasn’t possible to bias these JJ EL34s in this particular amp. I fitted a new set of EHX valves and was able to bias the amp properly to 34mA.

This amp sounds great, even when I play it!

If you have a Marshall silver jubilee in need of repair, please contact me