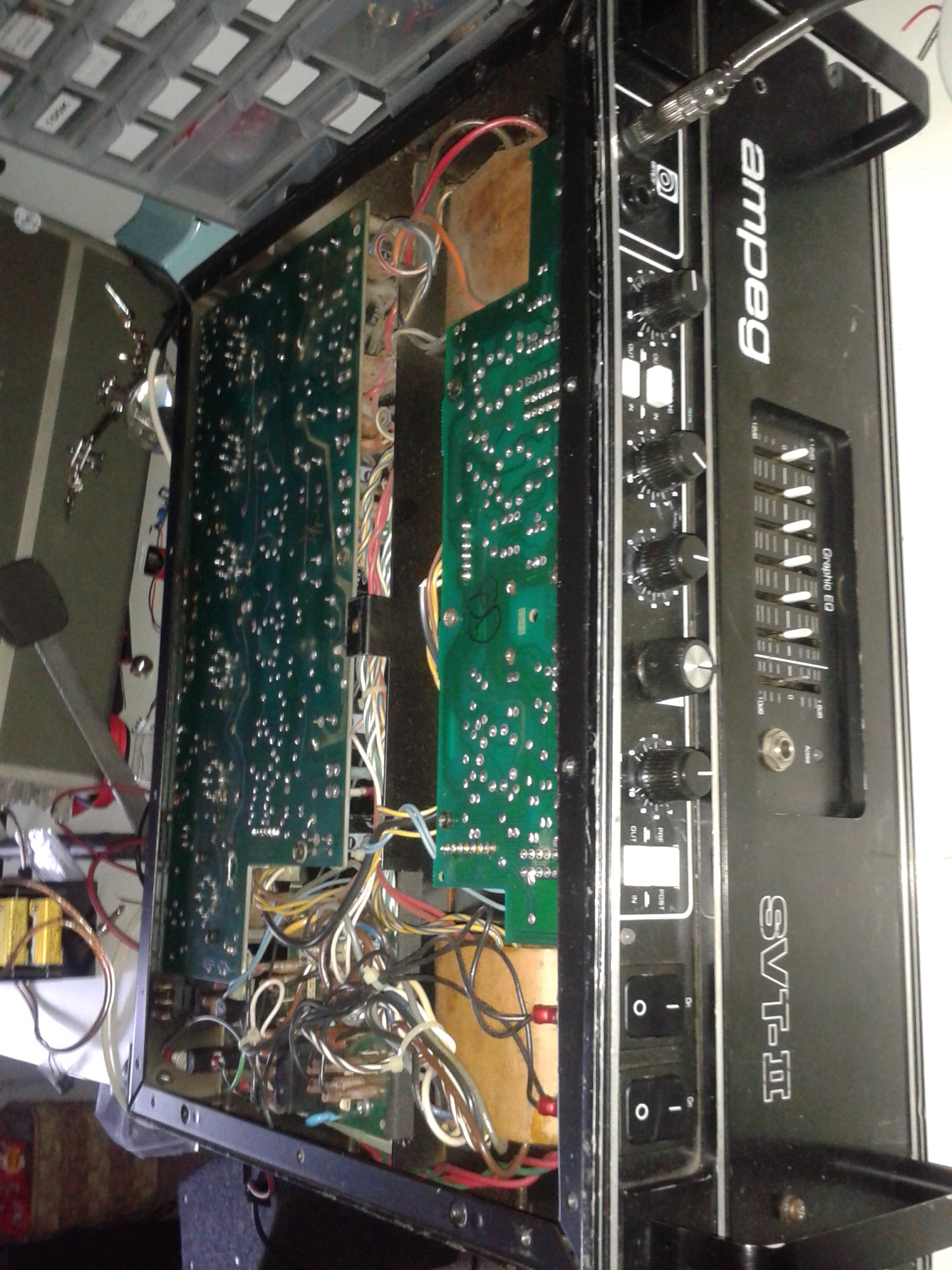 What a huge beast this Ampeg repair is! Weighing in at an incredibly heavy 32kg I wasn’t sure that my workbench would take the strain!

It’s an SVT ii powered by 6 KT88 output valves meaning two massive transformers, owner for three mains and one for the output stage. When both must be capable of 300W continuous, that’s a lot of iron!

The owner was finding that the amp would drop in volume after a few minutes of running. It’s a common problem that I was quickly able to trace back to an oxidation issue, meaning a nice low cost repair for the customer.

If you have an Ampeg repair that needs attention, please get in touch , but you’re carrying it in!