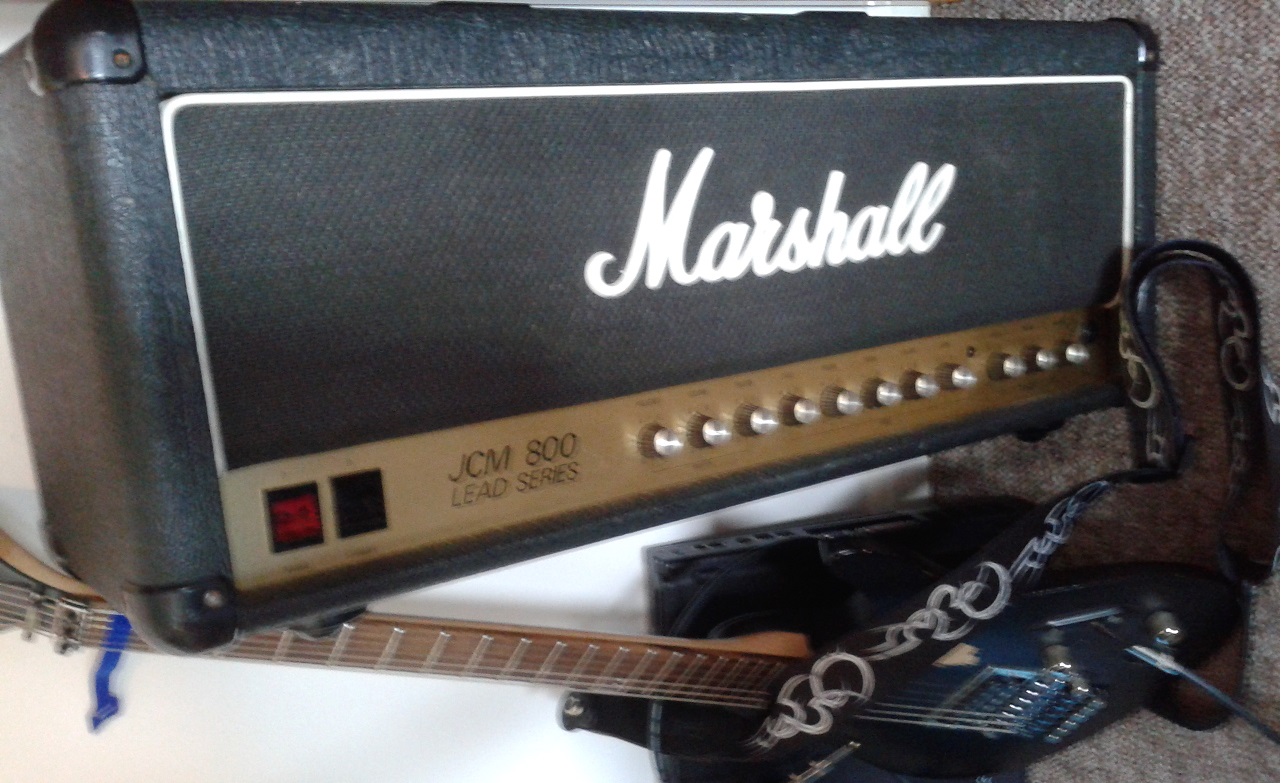 This 2205 repair came to me following an unsuccessful operation by another tech.

The 2205 were a new step for Marshall – and were one of a group of amplifiers that formed the ancestors of many channel switching amps we now take for granted – including amps by Mesa Boogie, Cornford, Hughes & Kettner, Marshall’s own JCM 2000 (DSL and TSL) and too many more to mention.

Modern Marshalls use relays for switching, but the 2205 uses a transistor array. Unfortunately it was that chip in this 2205 repair that turned out to be faulty. My customer tells me that there were 3 2205 versions, of which this is the second (1987 I think).

The original switching circuit has problems with popping that the original repairer had worked on. Unfortunately in doing so they had damaged the transistor in the switching chip that shorts out the distortion channel during clean mode. This meant that both channels passed the distorted signal. Oops!

I replaced the damaged chip and added a little extra anti-pop protection.

The amplifier also had hum problems, which were fixed by a partial implementation of the 3rd 2205 version. Swapping the triodes that were used for different functions (spring reverb and gain stage) reduced the hum to a very low level.

Disclaimer/Myth avoidance: Transistors and CMOS switches are good for switching some things, relays are good for others. Transistor switches don’t affect tone any more than relays if they’re correctly implemented.

If you have a Marshall 2205 repair job for me, please get in touch.