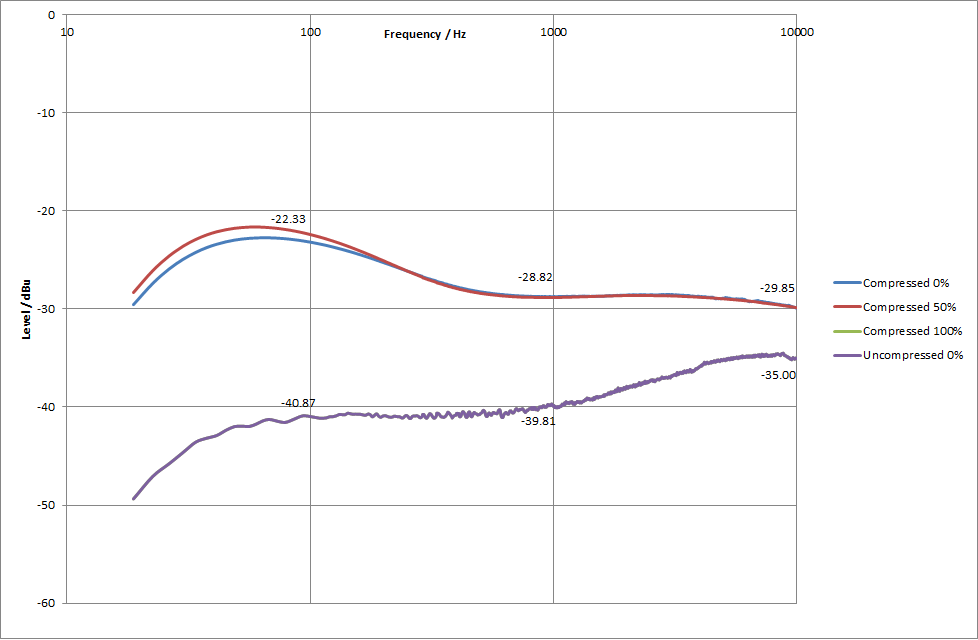 This pedal is based on the MXR Dyna Comp, much like the Ross Comp, Keeley Comp, and others. The pedal uses an OTA, the LM13700 to limit the signal. For an in depth look at how an OTA based compressor works, see R.G. Keen’s www.geofex.com.

Mine’s a niche use for this pedal – and I may attempt a different solution and try this in my guitar rig instead – I currently use an ‘Edward the Compressor’ by Marshall (another OTA!). I imagine most people landing on this page will be looking for guitar info, for which I hope it will be of interest. Bear in mind that i use a LoZ output for these tests if you’re driving straight from a guitar.

I wanted to know what I’d have to do to use this as a limiting circuit to protect the user of a set of IEMs. For my application, a signal from the Desk is fed into input the limiter circuit. A headphone amp then provides the current to drive the headphones.

For a DC9 schematic, see Behringer_DC9 drawn by ‘lubeto’ on freestompboxes. Hope you don’t mind me posting your work here ‘lubeto’!

For the below responses, Output Level Control was set to 50%. The generator has an OpZ of 50R and the receiver an input Z of 100k. 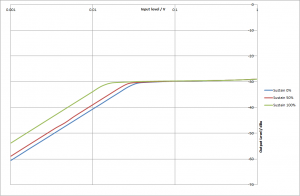 I also saw that say that THD was about 2% at 330mVRMS input, 5% at 560mVRMS and 10% at 1VRMS for all traces. This means that the main source of distortion was unrelated to the position of the sustain control. I imagine T5 is to blame here. 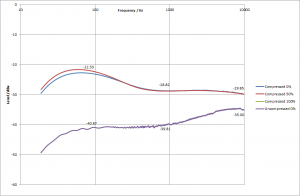 I probably won’t be using this for my IEM solution, but since it was only £8 on ebay, it’s not the end of the world! It will probably find its way onto my pedal board.

Hope somebody finds this information useful! Bear in mind that Use it at your own risk and for your own enjoyment.