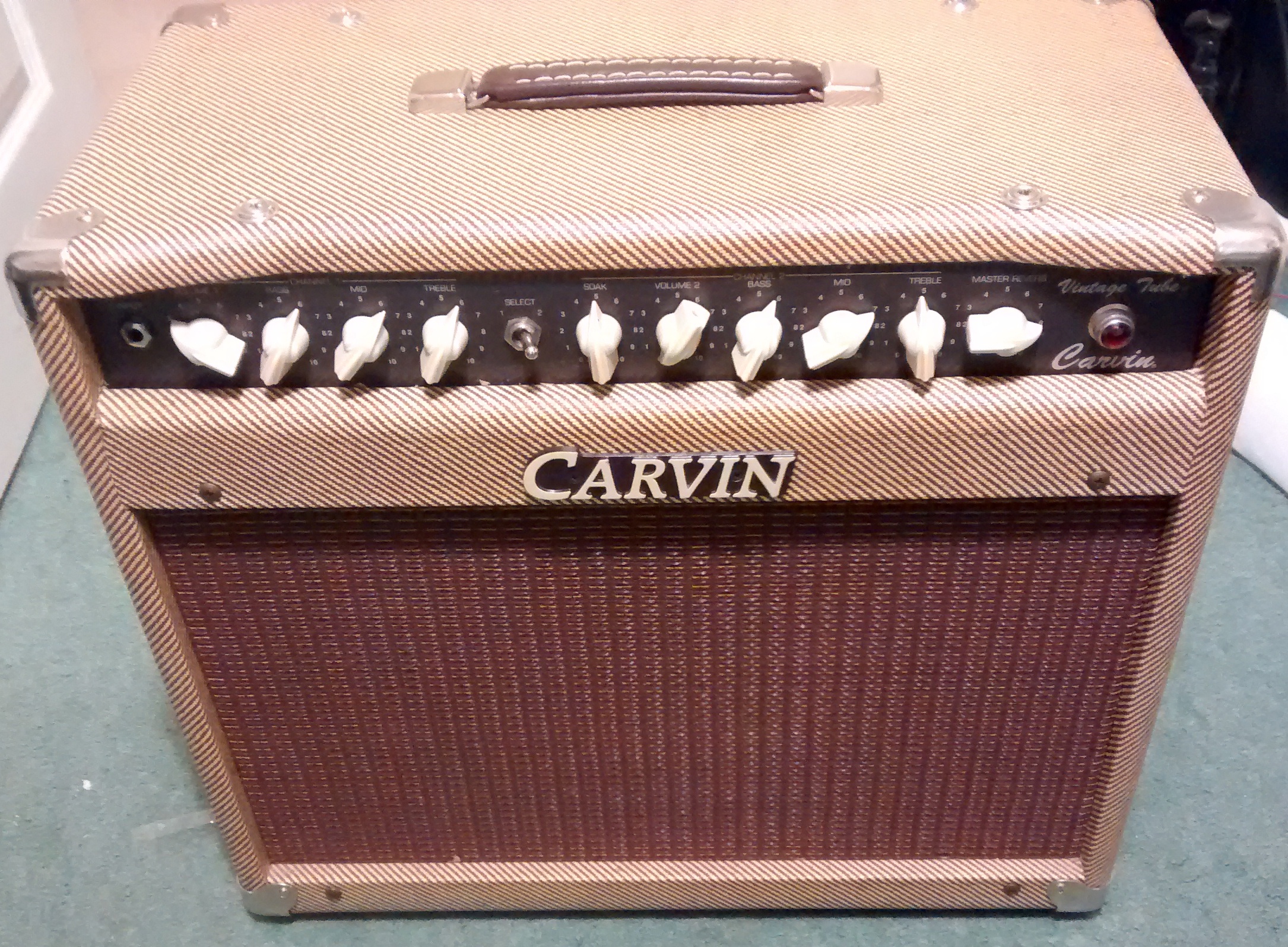 This Carvin repair was completed for Simmonds music in Grantham. They received the amp in part exchange. The amp would occasionally drop to very low volume, with no apparent reason.

From the beginning it was obvious that the Carvin repair had been attempted by another tech in the amplifier’s past. The first valve stage had sustained some damage. Unfortunately it appeared that some damage had remained unfixed.

The amp also had a bad problem with a hum on the high gain channel which I was able to fix.

After replacing the plate resistors, the DC heater circuit, the cathode bypass caps and as number of other smaller parts, the amp was completed and returned to Simmonds in as-new condition with an Ampworks guarantee transferable to the new owner.

If you have a Carvin repair, please do contact me and I’ll get it working again!