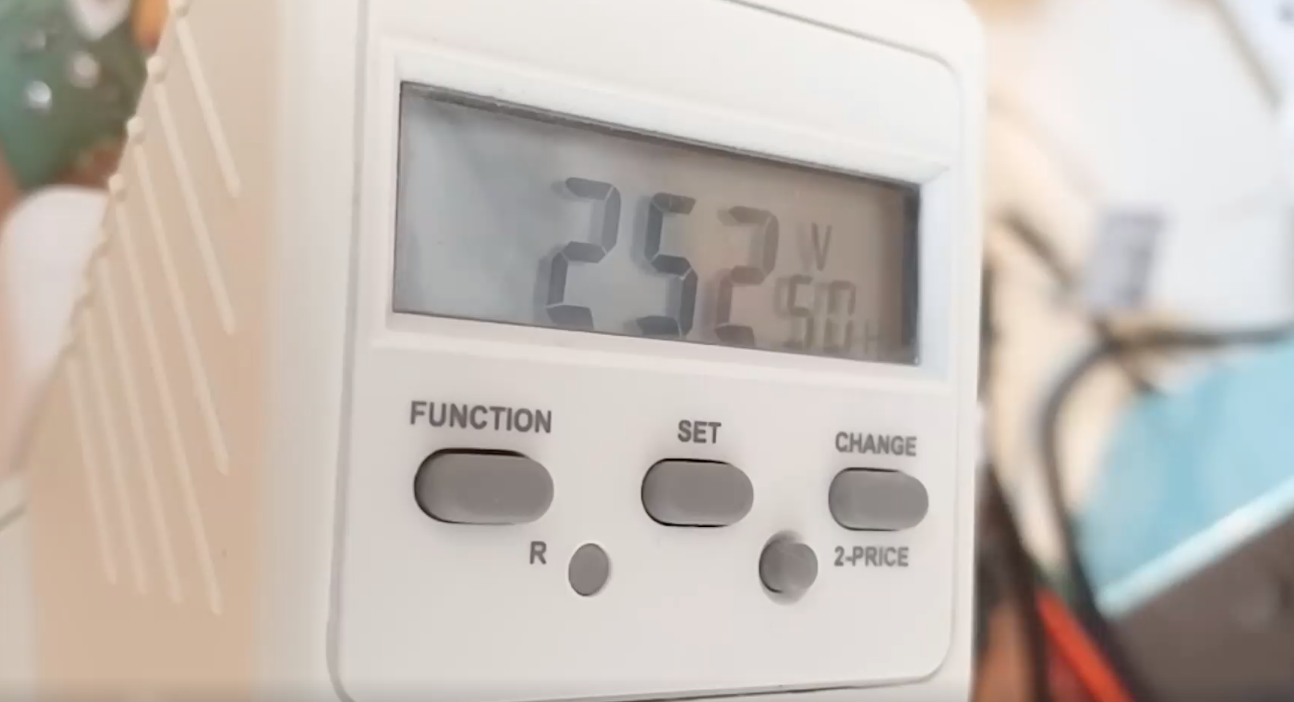 There seems to be some confusion about mains voltage in the UK: whether the UK is on 230VAC mains or 240VAC. The answer is both, kinda. We’re on 230VAC on paper and 240VAC in practice. It’s not a hugely interesting topic, but it has some implications for modern guitar amps in the UK. Although this article is written in July 2020 (the UK is currently in a transition period, having left the EU), there’s been no suggestion that we’ll move back to the 1980s 240VAC standard.

What happened to mains voltage in the UK and the EU?

The UK has always had a nominal 240VAC power grid. Many European countries ran nominal 220VAC. It’s important to understand that these were only nominal voltages. The actual voltage coming out of the wall varied around the nominal voltages. The variance in most countries was around +/-6%. In 2003, mains voltages across the EU (which then included the UK) were standardised to 230VAC +/- 10%.

(Actually this is a slight over simplification. The harmonisation was staged through the 90s and 2000s and there are localised sublimits (-10%/+6%) for the voltage coming out of the wall, but the product harmonisation is for +/-10%).

At a similar time, Australia (the other economically ‘big’ 240V country) also standardised to 230VAC.

From the table below we can see that the new harmonised limits allowed every country to keep their wall voltages basically the same.

There’s no change to mains voltage at the grid, so what’s the point? Why did they do it?

What does this mean for guitar amps and valve amps?

That depends on how savvy the manufacturer is. (I don’t want to generalise too much, but I’m afraid some of the North American manufacturers haven’t quite grasped the implications of this.)

The ‘wrong way’ to do it

As an example of what NOT to do, Fender now ship their ‘modern’ export valve amp products (OK, toob amp products) as 230VAC products. That’s fine. It’s better than those dodgy red switches on the back of Silverface amps.

In the UK, the amps see a 10% increase in mains voltages when the mains voltage is 253V. Taking the Blues Junior as example, this 10% increase increases the anode voltages and screen grid voltages on an already over biased EL84 until the valve burns out (often literally causes a fire). Not good.

Taking the Hot Rod Deluxe as another example, the 10% increase causes the cheap electrolytic filter caps they use to be close to their rated limits leading to many filter cap failures. The mains increase also increases heat dissipation in the dropper resistors that they use for powering the FX loop and the reverb circuits leading to PCB damage in most UK Hot Rod Deluxes. Not good.

In a bizarre twist Fender have included a legacy 240V tap to the transformers on these products but they always wire to 230V. Fender have said ‘thanks very much’ to the single stocking EU models but ‘no thanks’ to putting in the minor R&D effort to make their amps reliable across the EU/UK/Australia on the 230V tap. A good UK/Aussie tech will always rewire a 230V Fender to be 240V for use in the UK. But clearly this shouldn’t be necessary, these are existing design issues that are compounded by the mains variation and they could be fixed so that the amps can always work across the 207-253VAC rage.

The sensible thing to do would be make sure that all amps will still be running under conditions that make them reliable at all extremes.

You don’t want an amp that drops out at 207VAC on a heavy load day in Germany and you don’t want an amp that burns up with 253VAC on a light load day in the UK. Ideally, the amp will run it’s rated power at 230V nominal and then the UK customers will get a slightly more headroom on their amp, whilst the EU customers will get something a tiny bit more crunchy. The manufacturer must run reliability tests on their units at 207VAC and at 253VAC.

If you want to know the difference in ‘tone’ that this will result in, then I’ve made a handy video below!

Valve amp filaments don’t like to be overpowered OR underpowered. By coincidence they’ll tolerate a +/-10% deviation from their 6.3V nominal. So if a manufacturer gets the 6.3V bang on at 230VAC, then the filaments will be happy anywhere in the EU.

To fix that Hot Rod Deluxe we’d increase the dissipation of the dropper resistors to allow for the amount of heat they’d have to dissipate at 253VAC and raise them away from the PCB and we’d use better filter caps or a series cap arrangement such as the one they use in the Hot Rod Deville. To fix the Blues Junior they should reduce the anode and screen grid voltages so they’re not going to burn out the valves and adjust the output transformer accordingly. If they have to reduce the rated output from 15W to 14W, who cares?

Is there an impact upon tone?

That is a 5W cathode biased Class A amp. Other amps will respond differently. It depending on the bias method, the screen grid resistors and tens of other things. Honestly, it’s one of the less significant things you can do. You’ll get more difference from changing string gauge, or moving your guitar volume a fraction, or a subtle boost pedal.

I’m afraid this is one of those questions where if you have to ask, it’s not safe for you to try. These are lethal voltages and I’m not going to give any advice about doing this, either on this page or by email. My advice is to take it to a qualified amp repairer.

If you have a Fender amp in the UK, bring it to me (or another competent engineer) to get the transformer tap changed to 240V so it works better with mains voltage in the UK. Depending on the model, if the amp is brand new then this might be all that’s necessary for now, but if it’s a few years old then other work may be necessary to rectify issues with the amp.