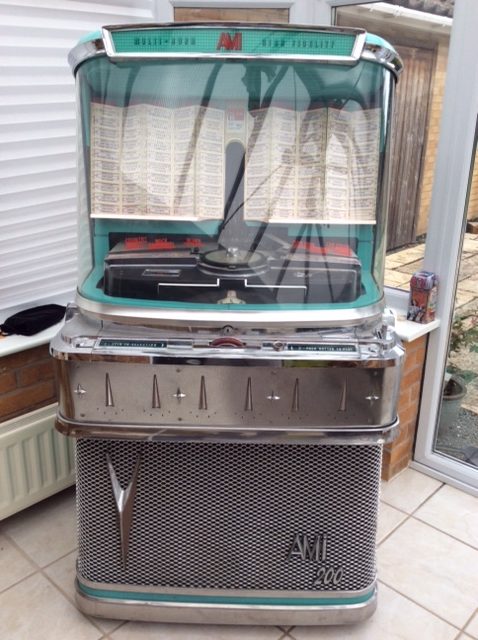 Another first for Keld Ampworks – the first AMI Jukebox repair. I’ve turned down jukebox repairs in the past because I naively had visions of a 7 foot unit arriving in my rather small workshop! This customer was quick to clarify that the amp unit itself is quite small and transportable from his Lincoln location. Nonetheless he sent me some pics of the full unit (above). 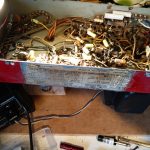 It is a US unit, bearing original battle scars and running on 110V through a transformer.

It was exhibiting a loud hum and excessive breakup. The customer asked me to do a basic valve test and check over and then report back.

It runs a preamp with one 12AU7 and one 12AX7, then a 12AU7 cathodyne phase inverter and a cathode biased 6L6 pair. One 12AU7 tested faulty (replaced with a valve from the customer’s collection), but the main problem was down to the badly worn 6L6 pair (replaced with a brand new matched pair of Russian EHX valves). 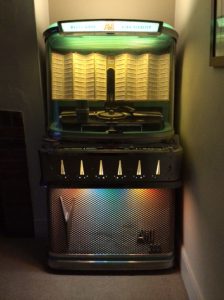 US amp manufacturers in the ‘old days’ didn’t tend to Earth their amps. All amps that leave my shop should have correct earth, fusing and safety practice so I fitted an external earth to this unit. Since the unit goes inside another unit this was fitted with a flying lead and solder tag to screw to the main chassis.

This is a favourite toy of the customer’s grandchildren and I’ve since heard that they’ve given it a thorough testing!

If you need an AMI jukebox repair, please get in touch.

This Fender Brownface repair was something of a labour of love here at Keld Ampworks. It’s a fascinating amp – having started life presumably in America, it’s got a 110V transformer. At some point it made its way to Belgium, where it was ‘converted’ to EU voltages, using a rather scary transformer bolted to the inside of the woodwork. It was later bought by the current owner and brought to the UK.

This was my first Fender Brownface repair. I’ve done blackface Fenders, Tweeds and Silverface fenders but never before a Brownface. Nice to have something new.

My first task was to make the amp safe. The Fender ‘death cap’ is well documented elsewhere so I won’t dwell on it. Suffice to say that it was removed, and a 3 core earthed mains lead with US plug fitted. The fuse and mains power switch were moved to the ‘live’ line. They don’t make ’em like this any more! The scary open frame in-cabinet transformer was also removed from circuit and replaced with a removable US-UK transformer. This makes the amp more ‘original’ and also safer. Double win!

Most of the preamp tubes were still good. The power valves were replaced with a new set of Sovtek 5881s and one preamp was replaced. The valve sockets were all tensioned and cleaned.

Checking the filter caps inside I saw that 2 out of 7 had already been replaced – but with underrated parts (350V instead of 500V!). Of the remaining five, three were leaking electrolyte and so after consulting the customer I replaced all 7. I was able to preserve the original filter cap covers and use them to conceal modern Rubycon parts at 700V.

At this point the amp was much more stable but had a few intermittent crackles and bangs. Many of these were sorted by replacing some coupling capacitors.

The last issues were with the ‘Vibrato’ channel. The vibrato modulation was bleeding through horribly onto the normal audio signal. This turned out to be further cathode bias and coupling issues.

If you need a fender Brownface repair, please give me a call. 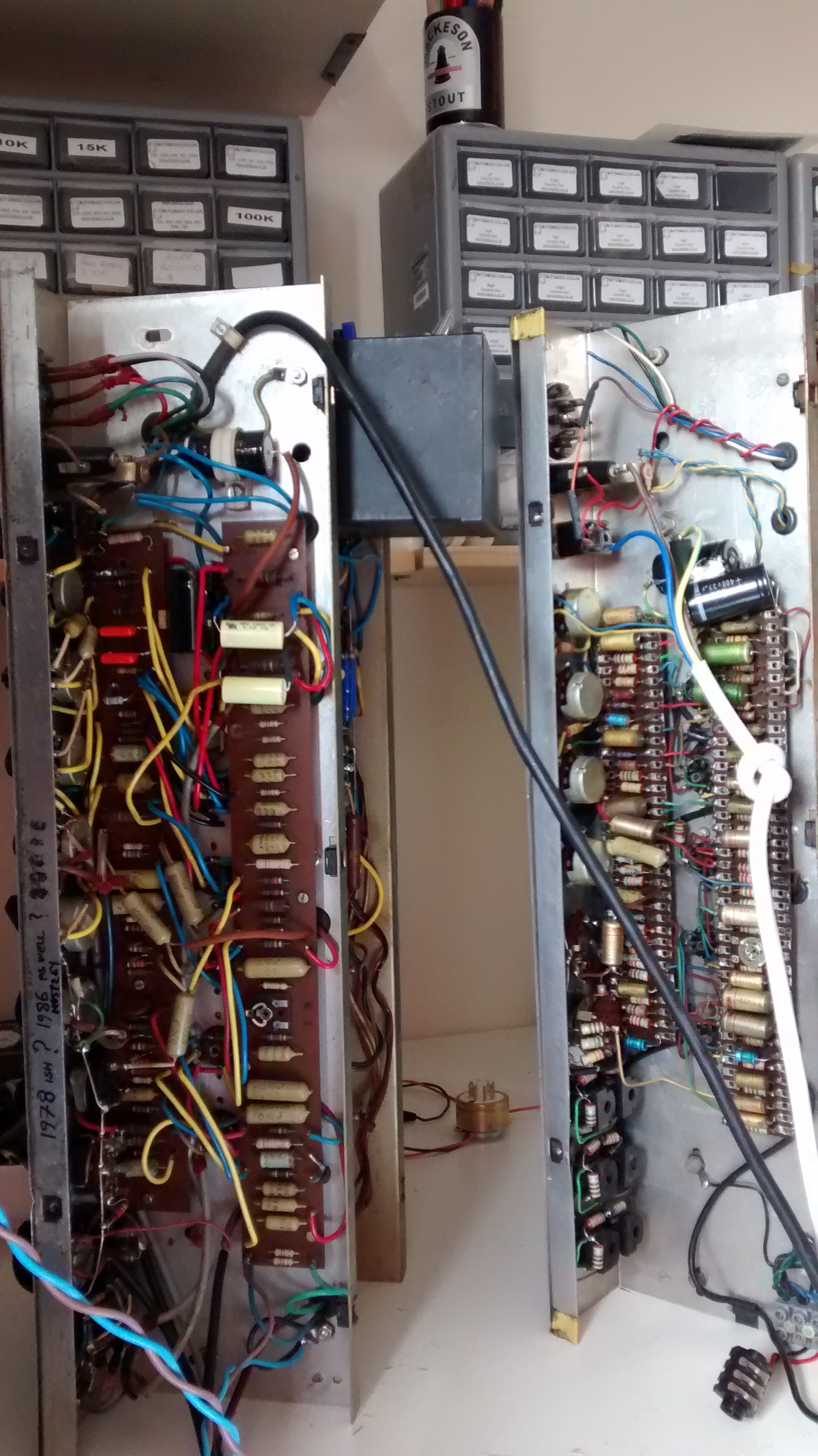