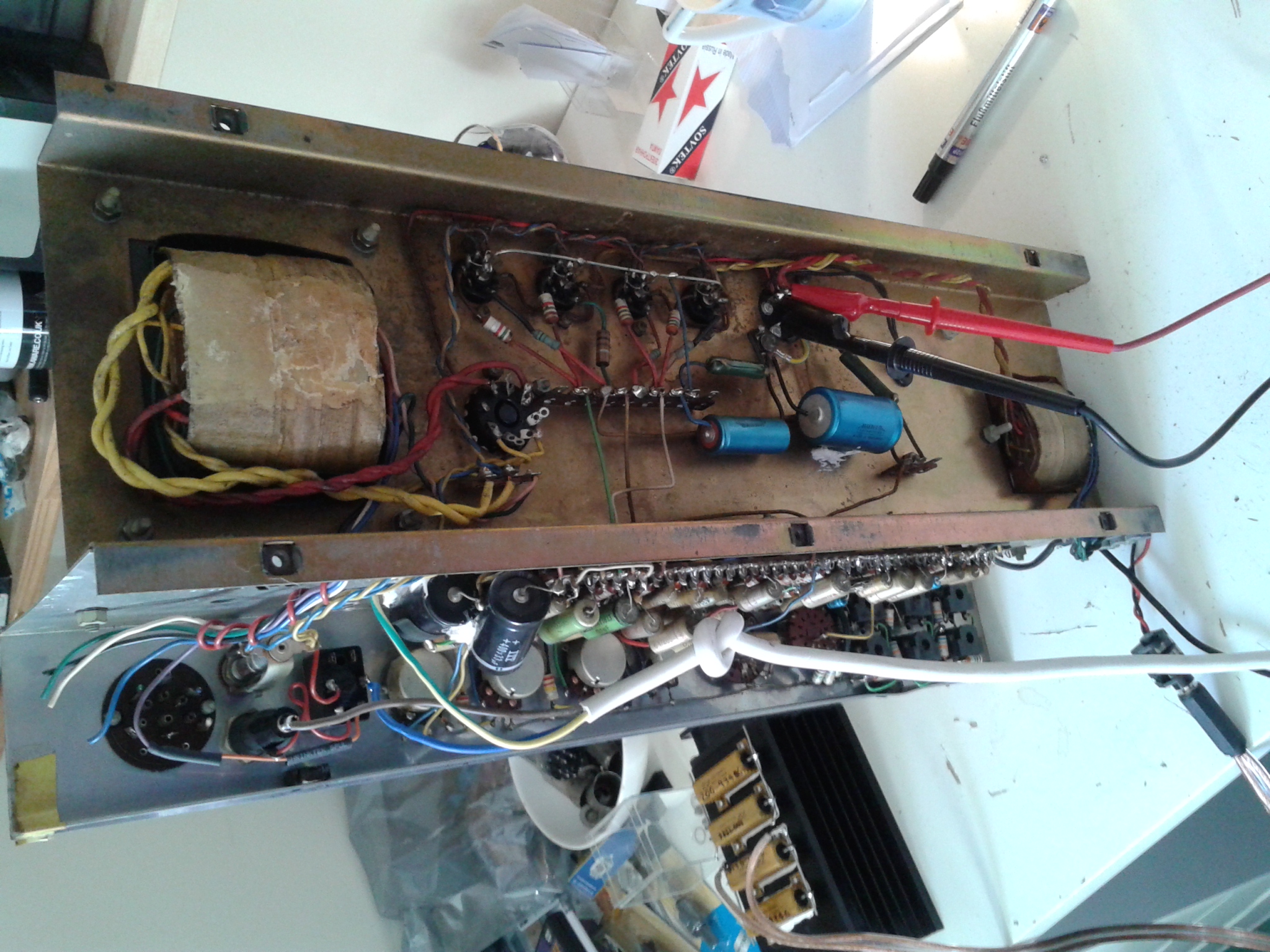 The guys over at Confetti in Nottingham brought me this vintage AC30 repair. It appears to be a 1962 JMI era Vox model but I’m an amp tech, not an amp historian, so I may be mistaken! It’s definitely an AC30/6 model, only made in smooth black vinyl in 1962. It’s very nice!

The customer brought this to me because they were worried about the amplifier getting very hot. I also noticed that the power cord was damaged and that the amp had a ‘Pin’ style voltage selector common in vintage amp repairs. I always recommend that this is wired out if not already.

The power cord has been replaced and the voltage selector wired to 245 (best match for modern UK), so the switch is now a dummy.

The overheating was caused by leaking reservoir caps which were replaced. Electrolytic caps have a lifetime of about 20 years so leaking caps are common in vintage amps. Faulty capacitors can lead to a much higher current draw through the transformer, overheating it, causing the issues we’re seeing. It also ties in with the internal HT being over 100V too low. 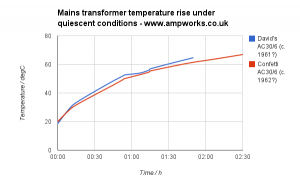 I noticed that the tremelo mode switch had come loose and the resistor wires have sheared at the body of the device. They were replaced using vintage style carbon composition resistors for authenticity’s sake. (Do carbon composition resistors make a difference to tone? According to R.G Keen, The jury is still out!). If you have one of these vintage units, make sure that you keep the switch tight to avoid similar problems.

The amp didn’t run especially hot after the caps had been replaced. The output valves are all matched and measure sensibly, and the amp is cathode biased, so there’s little risk of the output stage being out of spec. I had another vintage AC30 repair in (a cream ’61 model), so I was able to make a proper comparison of the running temperature of the two amps. You can see how close they were in the graph above.

I’m pleased to say that the customer was very happy with the vintage AC30 repair! If you have a Vintage vox, or any guitar amp in need of repair, please get in touch.