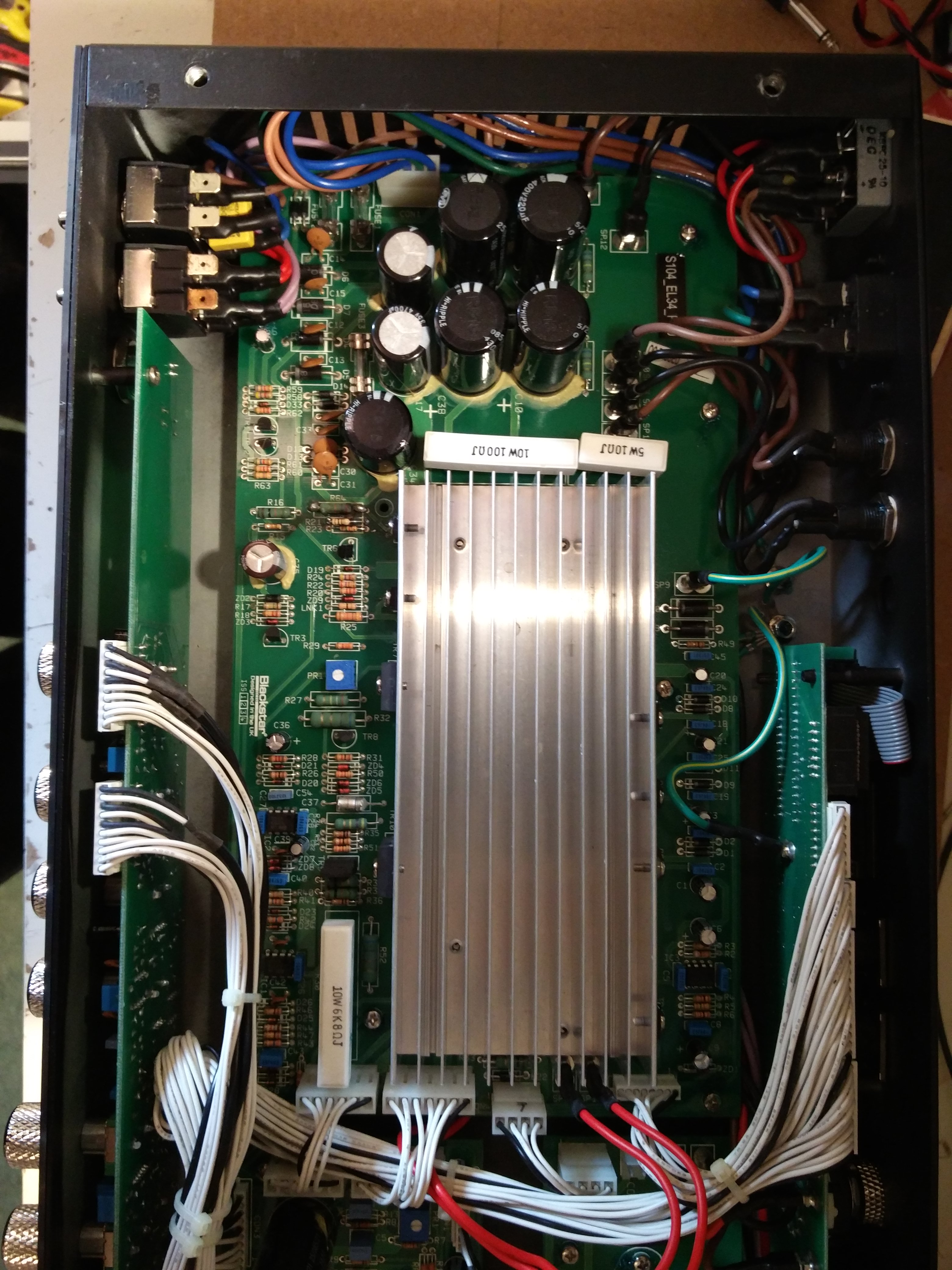 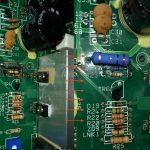 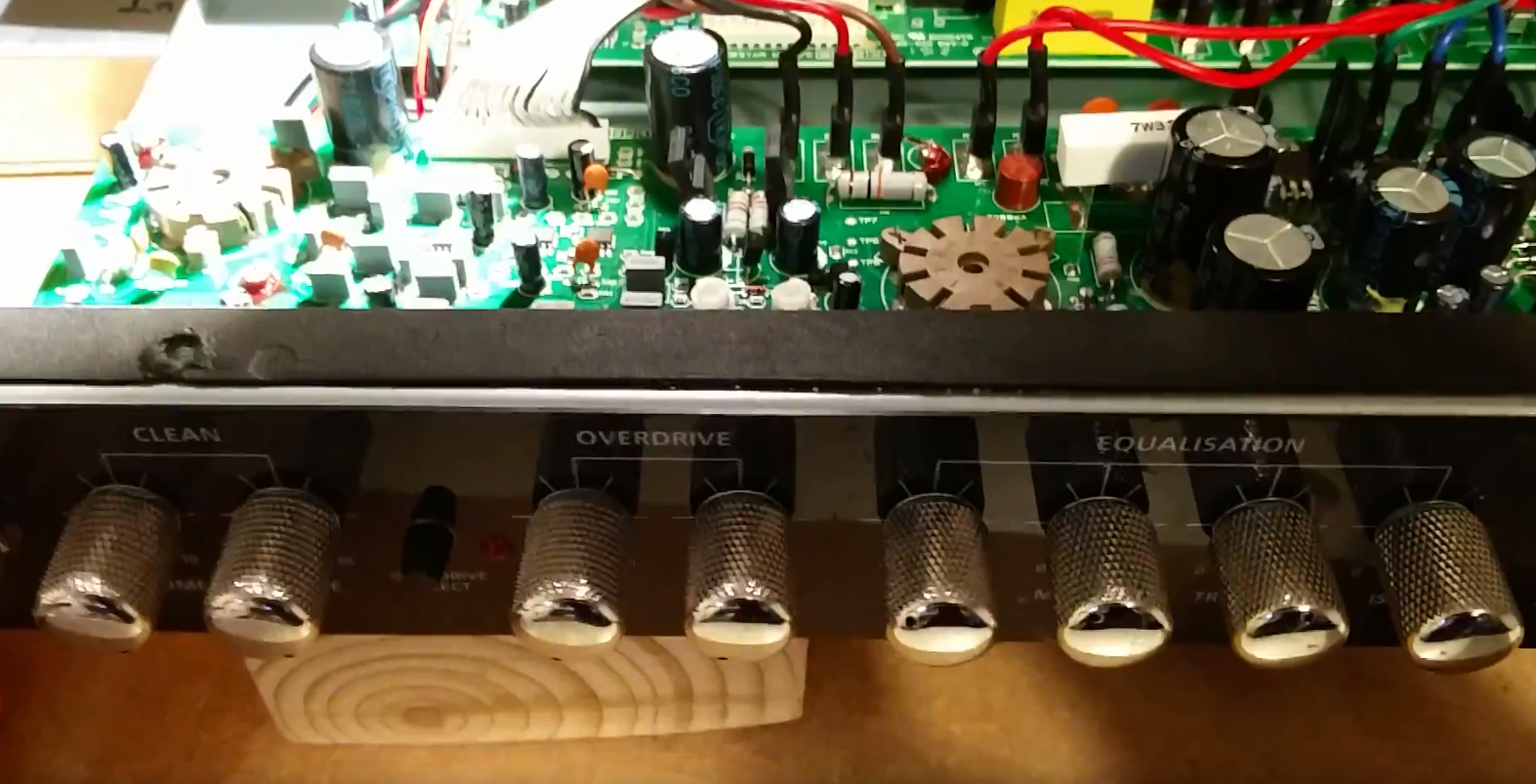 I’ll admit this Blackstar HT5 repair had me confused for a bit. It was brought to me from Stamford Endowed School, which isn’t that far away from my workshop in Newark, it is just down the A1.

The amp arrived with no sound output from the speakers. The valves tested fine, one 12ax7 and one 12bh7.

Looking inside the amp I could see signal on both grids of the 12ax7, but nothing was getting through to the output stage.

Using a thermocouple I tested the temperature of the semiconductors in the amp and found that the two MOSFETs were getting rather hot!

Upon inspection, I saw that somebody had drilled two little holes between the MOSFET legs and left all the swarf (mangled metal pad and PCB resin).

It turns out that there’s a forum post saying that the MOSFET pads were apparently quite close together and prone to arcing. I think that somebody read that post and decided to go DIY on this amp, not understanding that leaving chewed up pad around the holes would gonna cause a worse problem than arcing. 🙁 It probably worked for a bit but it worketh no longer.

After replacing the burnt out drain resistors and the damaged FETs, the amp was back up and running. These are really great little amps and put out a lot of volume, despite their 5W rating.

If you need a Blackstar HT5 repair, please contact me. 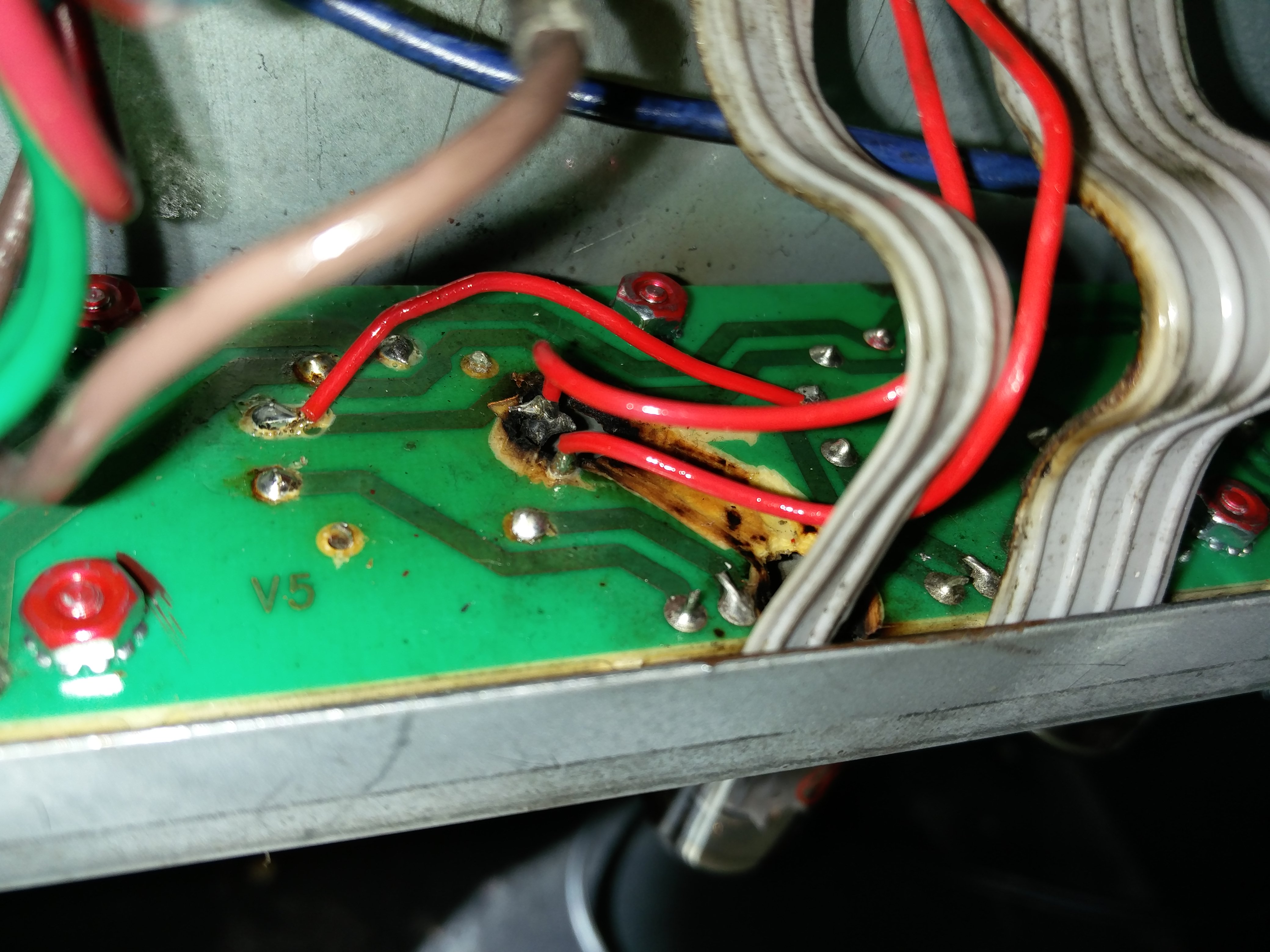