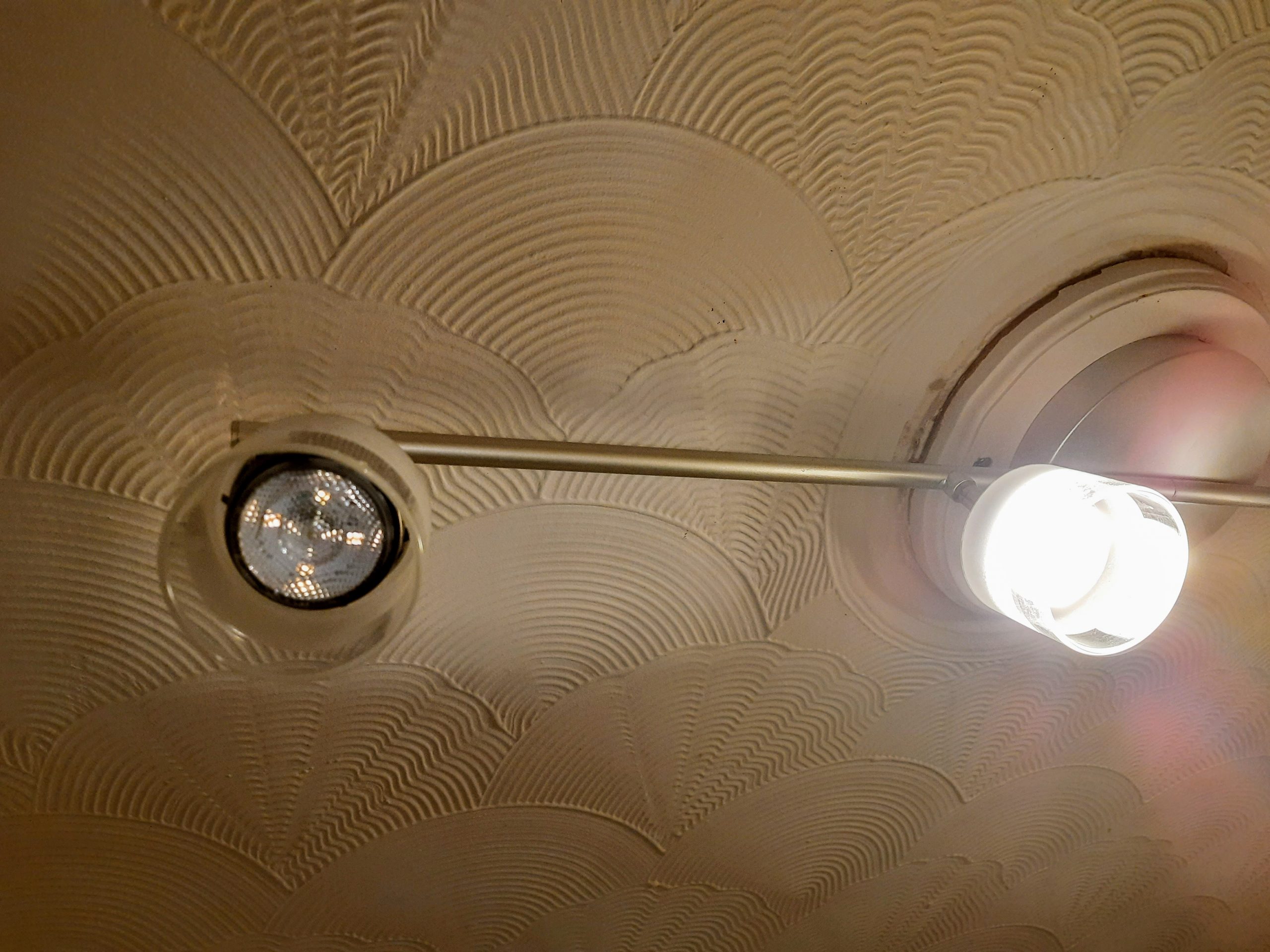 I’m just quickly leaving some infromation about a Philips MyLiving Fremont LED light repair in the hope that it will help someone else!

Ah, the joy of being a repairer. No sooner have I finished a hard week of repairing guitar amps than I must power up my soldering iron again to fix the broken kitchen light in our family home.

LED lights are indeed more reliable than their counterparts, but only if they’re made properly! I’m rather disappointed in Philips. We had one of the single spots replaced under warranty after a few months. Then two spots out of a four spot bar then died within warranty. This second time the unit was obsolete so Philips offered a completely different unit (different mounting and non matching appearance) as a replacement, which we declined, so we were stuck with them and I decided to repair them myself.

The first one was a nightmare to fix as I tried to reuse the original LEDs and then it took ages to find a suitable part. But the second one was relatively easy after I’d learned the lessons of the first. So here’s the right way for any other poor sucker who has bought one!

Having lived my whole career in the audio sector I didn’t even know Vf=48V LEDs were a thing, I’m used to them being Vf=2-5V parts! I determined that the drop through each was 48V by testing a working unit, results below.

The LEDs don’t seem to fail, the failure is in the solder connection connecting the LEDs. Because the LEDs are in series, one solder joint failure causes the whole light to go very dim (or off).

This is a potentially dangerous process, so only attempt if you know what you’re doing. The lights are VERY bright and can affect your vision. I wore sunglasses for testing. Really, I did!

Here’s how I diagnose which LED connection is at fault:

The LED pads don’t touch the edge of the part so replacing them is tricky and not for the inexperienced. Here’s how:

Hope that helps someone who needs help with a Philips MyLiving Fremont LED light repair. I’m not interested in repairing these for money, I’m an amp guy only. But I’ve got a few of the LEDs spare so if anyone needs them pop me a message and I can list them them for sale on www.rsdsound.co.uk .